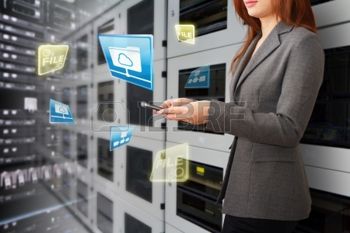 For still images, system cameras let you choose between two file types: JPEG or RAW. JPEG images can be identified by the use of a .JPG suffix after the image file name. There is no standard RAW file suffix; each camera manufacturer produces its own variation on the format, with a suffix unique to the manufacturer: Nikon, for example, uses .NEF for its RAW files, whereas Canon uses .CR2.

JPEGs take up far less space on a memory card compared with RAW. ◾ JPEGs, once they’re on your computer, can be opened and used by many types of software (such as word processors); a RAW file can only be opened using special RAW conversion software. ◾ However, in order to make the JPEG’s file size smaller, very fine detail is thrown away when the camera saves the file. ◾ JPEGs also allow for far less adjustment after shooting due to the loss of image quality. RAW, though ultimately more time-consuming to use, offers more scope for fine-tuning.

Cameras allow you to create new folders. This is a good way to keep certain types of images (such as those from different shooting sessions) separate on a memory card.

New folders can be created when a memory card is attached to your computer. The folder must be created inside the DCIM folder on the memory card and follow the folder naming convention.

Digital cameras use a logical naming convention for images: typically, a standard four-character prefix followed by a four-digit number. The prefix varies between camera brands, but is generally standard across a brand’s range of cameras. ◾ The four-digit number is a consecutive count of each image you shoot starting from 0001 and ending in 9999. Some cameras let you reset the count depending on certain conditions.

Images are stored on a memory card in folders. Folders are named using a three-digit prefix followed by three standard characters (depending on the camera brand). The prefix is a consecutive count of the folders created on the memory card. ◾ A folder can hold up to 9,999 images. When that limit is reached, a new folder will be automatically created and images stored in the new folder from that point on.

When camera file names reach 9999, the count is reset back to 0001; thus, after 10,000 shots, there will be photos with the same file name. Unique file names help you locate a particular shot, so renaming your photos once they’re imported to your computer is vital . ◾ Use a consistent file naming system that’s easy to follow but will never repeat. ◾ Group photos in logical folders, such as animals › birds › eagles. ◾ Adding keywords to your images will also help you find a specific photo