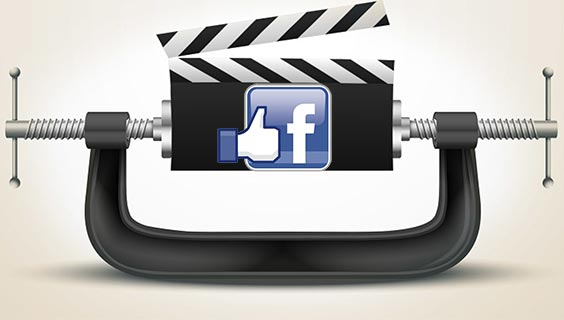 Our video captured with Panasonic G7 to 4K with 100mbps h264 codec and bitrate.

We analyze how to compress a video Facebook:
FACEBOOK compresses videos only 720p at a low bit rate, for the HD  version 1.5 mbits max bitrate while the SD version only 250Kbits (0,250mbits).

Indeed, it is recommended to resize the video to be sent on facebook at 1280×720 BEFORE you send it. The main reason is the size (weight in MB) that will obviously be less which means less time to upload, it is also wise DO NOT RESIZE to Facebook because you lose sharpness.
So better to send a video on Facebook already downsized to 720p, it saves on time and you gain in quality. For bit rate (ie the amount of video data) must find the right balance that results from the tests is to be considered around 16Mbits, max 20mbits in the case of video with many moving scenes.

Why the video I posted on facebook you see evil? It has no quality despite being in HD?
The key issue is the origin of the movie, which device was filmed the movie to be sent on facebook. The quality of a semi pro camera or a camera like the Panasonic GH4 that records to 200mbps in h264, is quite different than a gopro with a small sensor or even a mobile phone.

Plays a critical role digital noise (noise) present in different frames of the movie, the bit rate at which it was recorded (100mbps have better quality of 30 or 40Mbps) quality means less compression artifacts (the pixel blocks that are noticed in poorly compressed videos). The rule is: if you send a video on Facebook and I want to have the highest quality, the movie should have from the start, otherwise it will suffer as a recompression at a very low bit rate not exceeding 2Mbits will create compression artifacts that ruin the movie .[button color=”red” size=”” type=”” target=”” link=””]GOOD HOME VIDEO + RESIZE 1280×720 + 16Mbits bitrate CRF 18 medium presets[/button]
Here’s another video on facebook made drone Phantom 3 Standard h264 codec at 40Mbps

The videos listed were compressed with MeGUI x264 at 1280×720 setting the video converter to 16Mbps CRF 18 preset medium.
This is the quality achievable on Facebook, of course not comparable to that of youtube or vimeo.