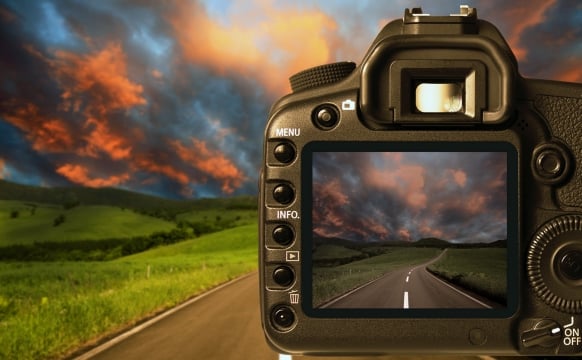 Flat color: Photos that look pale or washed out often benefit from an increase in the vividness of the colors. This is known as increasing the color saturation

Noise: This is seen as a random gritty pattern that obscures fine detail in a photo. It is caused by a camera’s electronics corrupting the information in an image during exposure. Noise reduction in postproduction can improve

Chromatic aberration: Visible light is made of different wavelengths on the spectrum of colors. A lens that can’t focus all the wavelengths of light to the same point will create red/ green or magenta/blue fringes around the edges of objects

Tools to apply effects to photos are found in the Filters menu. A particularly useful tool is the Lens Correction tool, which can be used to correct common lens problems such as distortion.Always duplicate an image and carry out any post-production work on the copy. That way you can return to the original if you don’t like any of the digital adjustments you’ve made.

Color balance: Light isn’t always neutral in color. When light has a color bias, such as red or blue, this will be seen in the final photo unless corrected. Color bias can either be adjusted in-camera, using a function known as white balance, or later in post-production

Deep shadows: Uneven lighting causes high contrast between the brightness of a scene’s shadows and highlights. The relative brightness can be adjusted in the final photo

Cloning: Photos are often marred by overlooked details or by dust on a camera’s sensor. In postproduction, the clone brush tool lets you paint out areas of a photo, using details from another part of the photo