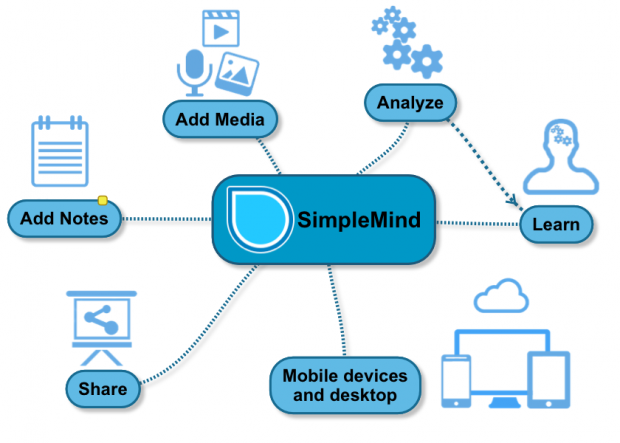 One of the first applications you should try on your Android or iOS device is SimpleMind, a semi-free solution that allows you to easily create patterns and conceptual maps thanks to a “clean” interface without frills.

To access all the most advanced features included in SimpleMind (e. g. data synchronization with Dropbox and Google Drive, the inclusion of images in conceptual maps and the addition of icons in nodes) you need to switch to the Pro version of the app, which costs 7.49 euros on Android and 6.99 euros on iOS. SimpleMind is also available in the form of a program for Windows and MacOS PCs, both as a free version and as a Pro version. For more details, please visit the SimpleMind website.

After downloading SimpleMind on your smartphone or tablet, start the app by pressing on the April button or tap on its icon located on your device’s home screen and, on the home screen, type text in the main node, which is located right in the middle of the screen.

To access the various SimpleMind functions, if you use an Android terminal, press on the symbol (…) and tap on one of the options that appear on the screen: Select Style, to change the appearance of the conceptual map; Delete, to delete an element in the created schema; Add, to add a new node; Outline, to define the outliner of your schema; Enlarge, to adjust the size of the